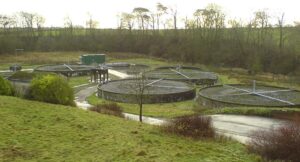 Much has been made of the improvements in removal of Phosphate from the peak of the last two decades and some significant improvements being made, but across the Bure catchment impacting on protected water bodies like HGB there however continues to be a heavy load from the various Water Recycling Assets upstream of Hoveton.

Anglian Water Services are currently consulting on both their AMP7 environment investment determination and their longer term 25 year investment programs, via a process called DWMP.

During 2016 the Angling Trust and WWF were awarded a Judicial Review against the Government on whether it was progressing fast enough in reducing pollution in our most protected water bodies.

With Hoveton Great Broad one such waterbody connected to the River Bure, it gives us chance to review what’s been planned and when an outcome can be expected, through the investment programs of the water companies.

Much has been made of the science impacting Hoveton Great Broad, with its isolation and bio-manipulation of fish being stated as the primary cause of poor water quality and lack of water plants.

Latest figures from the Environment Agency now show an annual load of Phosphate at
@ 3.5 mtonnes from upstream Water Recycling Centres on the River Bure.

Of this only 1.6 mtonnes are planned to be resolved by 2025, whilst 1.9 mtonnes only gets investigated for resolution by 2030 or later.

With this new data available we again challenge Natural England in that Bio-Manipulation alone will not resolve Hoveton alone and they need to take a different approach.

We are still awaiting the outcome from the Environment Agency consultation on issuing an Environment Permit, which has been delayed due to Covid-19.