Do you remember 1992? football launched the Premier League, John Major won 14million votes, the IRA were still bombing London and the Ford Mondeo seamed space age. It was also the year that the management of the Norfolk and Suffolk Broads Fishery began its decline.

Until 1992 rod licences had been regional, but with privatisation of the water authorities a national rod licence scheme was launched, which was generally well received by anglers across the country. The holidaying angler no longer needed to stop at the post office on the first day and could simply stock up with maggots and fish the week away. 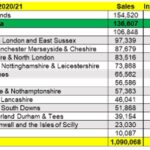 Whilst saving each angler what is now around £12 in todays money, the drop in fishery investment on the Broads was dramatic and we are now seeing the results of decades of lost investment. Each year the Broads hosts around 1.5million visiting angler days, roughly 300,000 visiting anglers which prior to 1992 purchased holiday rod licences. In today’s money those licences were worth around £3.6million, money that was retained in the Norfolk and Suffolk area and invested in fisheries.

Under the national Rod Licence scheme money is now directed into areas based on where the angler lives, meaning the Broads only receives money raised from local licences. EA published figures make a direct comparison difficult, but we calculate that around £0.6m of rod licence money found its way to manage fisheries in Norfolk and Suffolk in 2020/2021.

We have lost in effect £3m per year of visiting angler contributions by simple administration of the rod licences, that’s over £90 million (todays equivalent) of fishery money lost in Norfolk and Suffolk in 30 years.

Is it any wonder we have seen a decline in bailiffs, staging’s, surveys, and general investment in the Broads Fishery?

This situation is unique to the Broads, on almost every other fishery in the UK anglers financially contribute to managing and protecting their fishing beyond that of the £0.56 per week that the rod licence puts in to the system. Even most other National Parks have schemes where the angler contributes, but the complexity of fishing rights, tidal water, and ownership in the Broads makes such a contribution scheme difficult to implement. 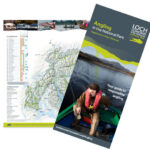 Loch Lomond National Park for example is currently charging £5 per day to fish for coarse fish for the visiting angler, as you would expect its cheaper at £35 a year for the local angler.  A similar scheme using the Broads numbers would generate over £8million per year, imagine how the fishery would benefit from that level of investment. In fact, the angling community generating and investing back into the Broads at that level would make angling more financially powerful than the Broads Authority itself. Maybe then Broads Anglers would get the fishery that they want, and the UK’s largest natural fishery would once again become the angling utopia that history portrays it. 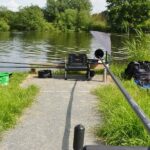 Financial strength would allow anglers to take control of the issues that currently frustrate us, we could have 24hr rangers, equipped with boats, cameras, warrants to deal with illegal fishing and antisocial behaviors. Postwick issues would be resolved and once again become a family venue were local kids learn their craft without intimidation. Anglers would be represented by professional full-time representatives instead of relying on the goodwill of a handful of volunteers that juggle Broads issues with full time jobs and families.

With over ¼ million contributors, and £millions to invest, other stakeholders would look to anglers to fund schemes, rather than anglers always being the ones with cap in hand. We wouldn’t be begging for saltwater barriers we would simply put in our own, we would be at the mercy of lost research, we would own it.

It’s time that the UK’s largest fishery was run by anglers for the benefit of anglers, almost exclusively across the UK fisheries are run by anglers with good reason, only anglers understand what anglers need.

The complexity of the Broads makes it challenging to put this contribution scheme in place, yet when we asked anglers in our 2018 survey, a majority said they would be happy to pay for improved facilities such as parking, platforms, and slipways. When we talk to anglers, most are shocked at how little investment there is in protecting the fishery that they love to fish and many asking how they could do more. 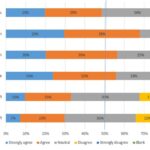 Our survey also revealed that most of us thought the various organisations and agencies should pay for improvements to the fishery. We agree, but unfortunately with government grants and funds being further diminished any money available just simply isn’t enough to even maintain, let alone improve, however hard we try.

As Broads Anglers we are continually dismayed at the issues threatening the fishery we love so much, and all too often it appears that those that are tasked to protect, sustain, and improve are unable to provide even the basics. When challenged about the lack of support we so often hear of lack of budget, rules don’t allow, we are doing what we can…

Simply what is being done isn’t good enough, so its time we took control…..

For nearly 20 years BASG alongside many supporters has been challenging and tasking EA, BA and NE to do better, but the fact is its getting worse. All of those organisations employ some great people on the ground, we speak with them almost every day, they are often as frustrated as us, but the system doesn’t allow them to change.

Every year we see talented and enthusiastic people leave those organisations, either through frustration, dismay or sometimes simply for standing up for what is right. Whatever the reasons these organisations can’t delivery, BASG scrutiny, lobbying, objection and even legal action isn’t enough to make them.

We need to take control…

And to do that we need a budget, for that we need anglers to invest if they want to have future for the Broads Fishery and leave it for the next generations to enjoy as we have.

Back in 2018, BASG spoke strongly for Broads Anglers during the landscape review of National Parks and the Broads. In January 2022 the government published its findings and recommendations, with much of its focus around sustainability and generating investment set against the backdrop of less government state aid.  It suggested the 3rd sector looks for new revenues from these landscapes and improved enforcement capabilities for rangers to help protect the landscape.

Interestingly the original Broads Angling Strategy back in 2003 identified the same areas as the government findings; anglers ahead of the game on this one.

BASG has updated its Broads Angling Strategy document, to reflect this ambition and made an application into the governments National Environment Investment Readiness Fund in February 2022 to explore what could be achieved for angling and fisheries if anglers made a contribution to have access to fish the Broads and place it back on a sustainable footing.

Our objectives are as follows:

The use of Agricultural consultants with specific knowledge of the sector will explore the alignment with the Agricultural Transition Plan such as ELMS, to design and value and wider objectives around investment and return from use of the Natural Environment. They will design and create a framework agreement for the lease of recreational access and venue bv venue agreement with landowners/managers.

Consultation with the tourism and leisure businesses within the Broads to identify how the scheme can be designed to increase visitor engagement with the Broads environment and improve social and environmental behaviours, particularly focus on brand creation and sustainability

Capture the wealth of local knowledge using specialist fisheries expertise and our volunteer base to maximise cost efficiency to create a formal fisheries management plan for the Broads. This plan we drive measures to ensure the Broads brand is sustainable, to maximise potential revenues. This will also increase community engagement with the project and allow us to identify “hidden skills” within which will be useful for future delivery of such plan.

The resultant outcome of such a scheme is to create a market ready investable solution to place the Broads Fishery on a sustainable future in 2023.

Over the coming months we will be running some pilots to ensure that we create an angler friendly scheme that delivers what all anglers want. In the process these pilots should help deal with some of the immediate issues on a localised basis, such as the issues at Postwick.

We will be asking our members and volunteers to help us progress this forward, with a number of focus groups exploring our options.

We will have our new 2022 Broads Angling Strategy out for wide consultation from 1st March, so it’ can be agreed with Stakeholders in April. Members of the CIC have been reviewing this during February and offering their views on its contents and our ambitions for the next 5 years.

We have also started to compile a new Broads Angle magazine, this will have a production run ready for the start of the new season in June. This again will be shared with CIC members to revise and review during April.

Duncan is arranging for an Anglers Litter pick day in Early April, this operation is in partnership with Broads Watch and will hopefully operate mainly from anglers dinghy’s in multiple places with strategic collection points at the bankside for onward collection and transfer by the respective district councils. To register an interest in this please click on the litter pick message banner on our home page.

On the subject of litter and particularly anglers discarded line and tackle, in Wroxham and Hoveton there is a serious issue developing with discarded line and birds. At granary saithe besides Wroxham bridge it’s become a honeypot location to feed the birds and it’s highlighted the damage fishing line can cause to wildlife. We are working with the Parish Council on a solution which will be adopting the National Line Recycling Scheme, with a number of recycling bins being placed alongside the quay, with appropriate signage.

On the subject of wildlife we have entered into a partnership with Broads Watch and their wildlife rescue service. We have emailed all our volunteer base to see if any anglers would like to get involved in this scheme, which largely involves birds entangled in anglers line and tackle. This would greatly help with the public’s perception of angling and anglers, so please give it some thought.

We have become increasingly concerned over the prolonged periods of what is known as tide locking across both river Bure and Yare this winter. It’s difficult to obtain a comparison over time, as the river level gauging station data changed last year to provide improved daily Max and Min metrics. But as he graph below demonstrates one third of the tides between September 2021 and today were tide locked, meaning low water levels never reached below 0.5m AOD and therefore salinity levels rose considerably during these periods.

We have started a new campaign around this whole issue and related use of the barrier at Hubert Woods in Potter Heigham. This barrier now some 24years old and as can be seen from above has been in regular use this winter and is in dire need of replacement. It not only provides a safe haven away from salinity for what we estimate is around 100,000 fish over wintering in the marina, but also provides vital flood defence protection for the whole site. So why its classified as a fishery asset by the EA is something we are currently challenging.