Wensum Past Present and Future Consultation 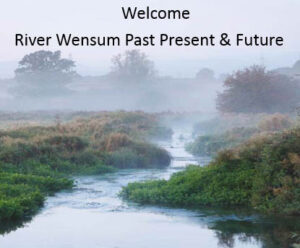 The document led from an investigation of issues impacting on roach within the Wensum, but as members Tim Ellis and Cass Singleton soon found. The surrounding catchment is having a real impact on the river, much of which was heavily reported and investigated back in 2009/10, but even with 1000’s of pages of documented evidence little or no progress has been made on these core issues. Indeed some are now saying that with reduced highways maintenance, reduction in agriculture subsidies and many farmers converting to maize production, things have actually got worse.

With invertebrates reported by both S&TA and Buglife as at an all-time low on the Wensum and seemingly poor levels of fish, any restoration works exposing clean gravels and back channels creating improved habitat, soon gets choked with silt and pollution and its back to square one, without fixing the core source of the issue.

The document gives a potted history of the Wensum and the issues it faces today, with a set of recommendations on how to move this forward using a more consolidated approach, building on the Catchment Based Approach that has brought success to many river valleys across England.

The presentation is available in the downloadable attachment below