What a start to the summer we have had, with temperatures akin to the Mediterranean. But what does this mean to our natural world and creatures normalised to the northern climate, like Pike. 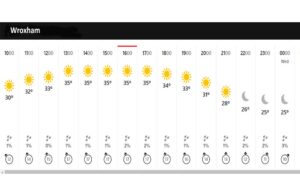 There have been campaigns from the likes of the Pike Anglers Club to highlight this for the past years and with the Broads so famous for its Pike, many visitors don’t realise the harm that catching them in these warmer conditions isn’t good for the Pike’s health. It’s why any serious Pike angler doesn’t fish for these species until October. But how do we get the message across to the visiting angler who just wants to catch a fish.

We at BASG believe this is an educational issue, rather than any attempt to legally challenge the status quo, so look out for our message on this in the coming weeks.

At least some progress finally by the Environment Agency on trialling their Prymnesium incident management operations. These implement the techniques developed and trialled by the John Innes institute back in 2017, which uses hydrogen peroxide to dowse the effected waterbody and kill the algal, before it releases a toxin that is lethal to fish. Whilst I understand the needs to arrange for purchase and storage of this complex kit, why it’s took 5 years is staggering to say the least.

Following last months news that we weren’t successful in our grant to explore the feasibility of introducing a Broads Angling Permit scheme, we are currently exploring the legal status of the whole matter with support from Fish Legal. I don’t underestimate the issue and the complexity surrounding the formation of the Broads and public rights over the years. But the Broads Fishery finds itself in an unsustainable position, with almost zero revenue to support its use and access.

We have significant ideas to move this forward, but without a revenue source nothing can be achieved at the scale needed.

We took a delivery of 20,000 of our leaflets this week and Duncan has been doing the rounds across the multitude of Broads yards and outlets distributing these. It’s very clear the Broads boating industry welcomes this information, on a subject that 50% of their market come to the Broads to enjoy and take part in.  It just shows there is a significant market in which sustainable revenue could be levied in one way or another, to ensure its future is sustainable.

My recent article in the current issue of the Broads Society Hansar magazine on climate change seemed to hit the common theme right across many of it’s contributors. Interesting to see Kevin Hart from NWT last week, saying that area’s such as Hickling will require replacing with new wetlands for the Birds.  If only!

What Future for the Broads Fishery
25th February 2022